What the Radium Girls Taught Us About Radiation Safety 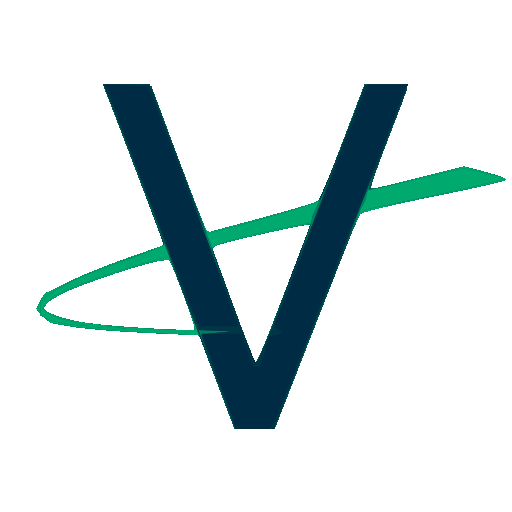 The plight of the Radium Girls in the 1920s would teach us a great deal about the radioactive element radium and its effect on the human body. It brought to light the dangers of working with radium and created a universal understanding of the need for occupational and radiation safety measures.

Radium is a naturally occurring radioactive metal formed when uranium and thorium decay. In the environment, radium is present at low levels in groundwater, soil, rocks, and plants.

There are four radium isotopes, all of which are radioactive and have drastically different half-lives.

As radium decays it releases ionizing radiation in the form of alpha, beta, and gamma radiation. This radiation excites certain fluorescent chemicals in the metal and results in radioluminescence. It can also form other elements, such as radon.

Radium was discovered by Marie Sklodowska Curie and her husband Pierre Curie in 1898, although it would be more than a decade before the pair had isolated a sample large enough to work with.

Soon after the Curies discovered radium, medical professionals began using the radioactive substance as a cancer treatment. Before it could be properly studied, this initial use led to an explosion of interest from the American public and a host of false medical claims that radium was “healthful rather than medicinal.”

Radium was initially considered a cure-all for a variety of health conditions, including arthritis, tuberculosis, rheumatism, gout, and high blood pressure. It was also thought to improve vitality in the elderly, treat skin conditions like eczema, and cure insomnia.

Because of its seemingly magical healing properties, major corporations began putting radium into their products and heavily promoting its use. Radium-infused toothpaste, pillows, facial creams, and tonic water were popular amongst the public, as were radium spas and clinics.

Radium-based cosmetics were trendy among women. They used these products to combat signs of aging in the form of wrinkles, crows-feet, and even unwanted body or facial hair.

The radium cosmetics gave the women’s skin a warm and cheerful glow and came to be known as “liquid sunshine.” This further cemented the idea that the products contained restorative properties that would revitalize the body and improve its overall health.

Who Were the Radium Girls?

In 1917, the United States entered World War I. There was a sudden demand for instruments and watches that could be read in the dark by U.S. soldiers. Thanks to a high-tech, glow-in-the-dark paint called UnDark, which was made with radium, this became possible.

With most of the country’s men on foreign battlefields, the United States Radium Corporation (USRC) in New Jersey began hiring young women to paint a variety of radium-lit instruments for use in the trenches. These women were called dial painters.

The dial painters would mix the radium-based paint in a crucible at their workstations and used fine, camel hair paint brushes to paint on the tiny, delicate numbers. The brushes quickly lost their shape after a couple of strokes. Management encouraged the women to use their lips to bring the brushes to a fine point for better precision. They were told repeatedly that radium was safe to ingest, and so continued with the “lip, dip, paint” process while they worked.

However, the dial painters didn’t just ingest the radium at their workstations. Due to its many reported health claims, workers would often paint their teeth or nails with radium-based paint before going out for the evening to impress their dates or amaze party guests. The dust from the hand-mixed paint coated the women’s hair and dresses, giving them a ghost-like glow that earned the women the nickname “ghost girls.”

For many dial painters, who were mostly between the ages of 14 and 20, this work was as desirable as it was glamorous. Radium’s luminous, sparkling appearance gave them a unique status. Furthermore, America’s obsession with its magical healing properties combined with the available compensation for the work had entire families flocking to the factory for a position.

By the early 1920s, medical professionals throughout the area were noticing a frightening increase in the young worker’s health complaints. Many of their female patients complained of stiff and cracking joints, painful toothaches, oozing mouth sores, and listlessness, while others had broken out or developed severe anemia.

Dentists began pulling multiple teeth from young dial painters at a time. There were several instances where, during the tooth extraction, pieces of the woman’s decaying jawbone would come out with the tooth. In many cases, the tooth extractions wouldn’t heal.

Other symptoms of radium poisoning in the dial painters, which would later become understood as radiation sickness, were sterility, cataracts, leukopenia, eosinophilia, leukemia, anemia, and menstruation issues.

Mollie Maggia was the first dial painter to fall ill and die. She first developed increasingly painful toothaches that traveled from tooth to tooth. Severe pain in her limbs also prohibited her from walking.

Although dentists didn’t know it at the time, Mollie had developed “radium jaw.” This occupational disease involved necrosis of the upper and lower jawbones, bleeding gums, ulcers, and bone tumors. At the end of her life, Mollie’s dentists merely lifted her jaw from her mouth to remove it. Mollie died in 1922 just days before her 25th birthday.

Another 12 women who worked for the U.S. Radium Corporation as dial painters died the following year, with an additional 50 women falling severely ill.

Radium’s Effect on the Human Body

Radium has similar effects on the human body as calcium and strontium when inhaled or ingested. Once it enters the bloodstream, radium concentrates in the bones in high quantities. It emits alpha particles as it decays, which irradiates the cells on the bone’s surface. Over time radium will settle into the bone where it wreaks havoc on bone marrow and blood cell production.

If radium is ingested with food or water, over 80% of the element is excreted through urine or feces. The other 20% will travel throughout the body, settling in the bones and remaining there throughout the person’s life.

The surviving dial painters sued the U.S. Radium Corporation, although the road to doing so was not easy. The case was eventually settled out of court in 1928. The women were awarded $15,000 plus $600 per year for future medical expenses because of radium poisoning.

This landmark case was one of the first instances of workers receiving compensation for a disease developed because of their occupation. However, most of the women who received the money died within two years of the settlement.

At the time of the dial painters, there were no radiation safety measures put into place to prevent direct contact with the radioactive substance from occurring. The case of the Radium Girls opened people’s eyes to the dangers of radium and other radioactive substances. They were seen as an example of what could go wrong in an occupational setting and completely changed the course of occupational disease labor laws and regulations.

Their case had a direct impact on scientists’ approach to radiation safety during The Manhattan Project. It was also a leading cause for the creation of the Occupational Safety and Health Administration in 1970.

Radium would continue to be used as a luminescent paint until the early 1960s when its toxicity and danger to human life could no longer be ignored. 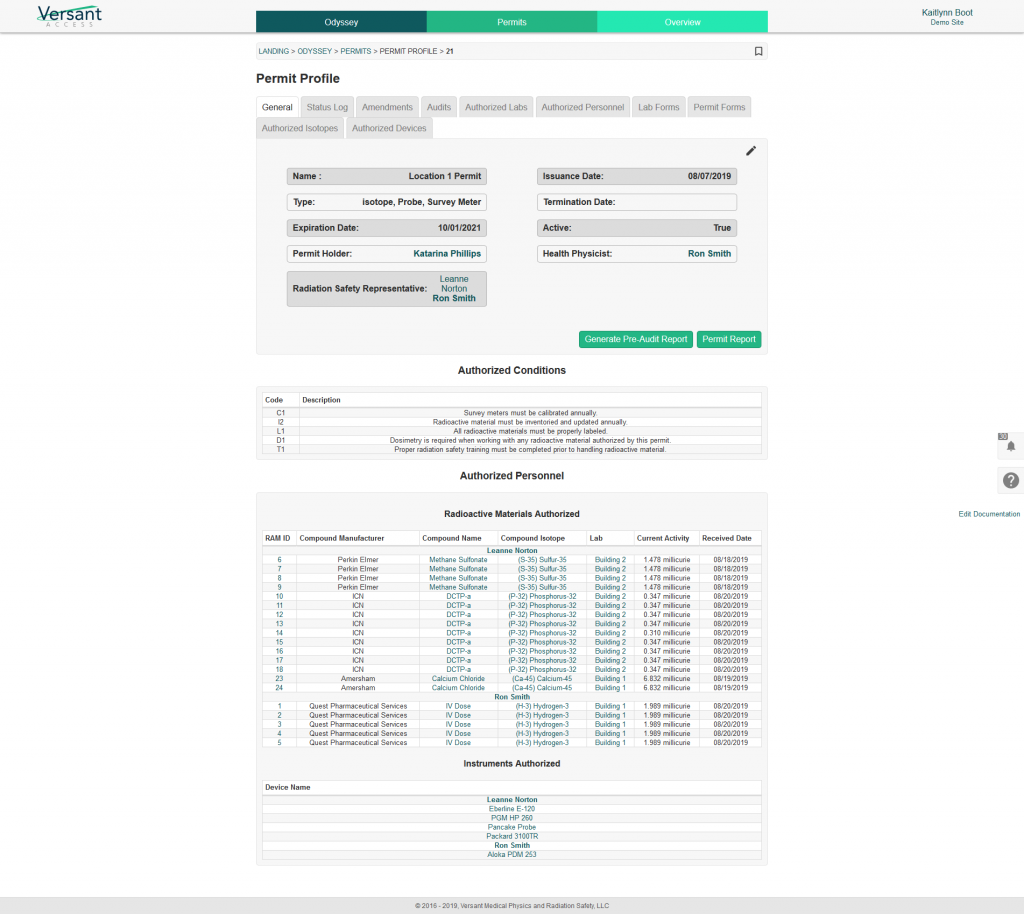 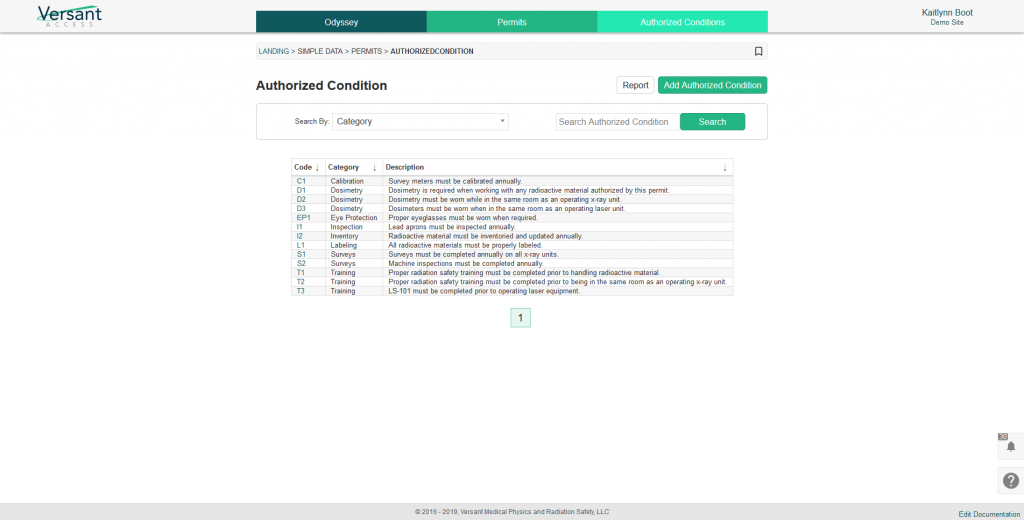 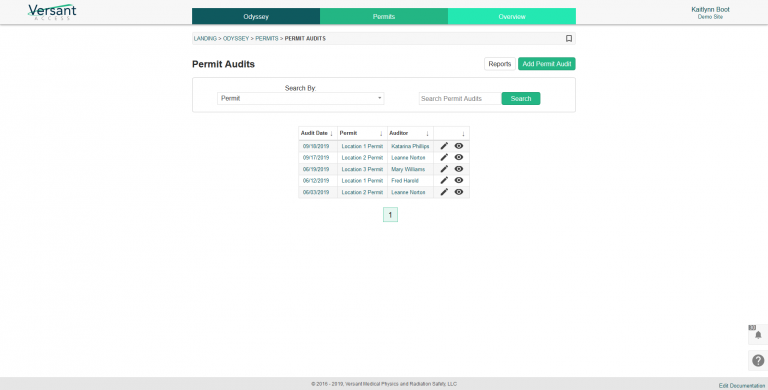